Wikipedia has an article on:
Jury duty

Wikipedia has an article on:
Jury selection in the United States

Jury duty is something that everyone should do once or twice if they get the opportunity. I've had more opportunities than I want. 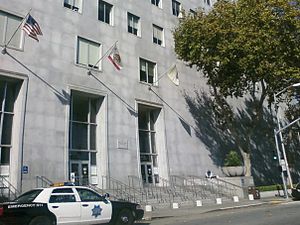 The front of the Hall of Justice in San Francisco

Wikipedia has an article on:
Hall_of_Justice#San Francisco

In San Francisco, jurors are frequently called to the Hall of Justice. The Hall of Justice is a famous building, featured prominently in the "Dirty Harry" films. It used to be the headquarters for the SFPD, but they moved out in 2015.[1]

Retrieved from "https://robla.miraheze.org/w/index.php?title=Jury_duty&oldid=436"
Category:
Cookies help us deliver our services. By using our services, you agree to our use of cookies.